Little Sister to Replace Superba Food and Bread in The Point

Superba Food and Bread is closing the doors to its El Segundo location after four years on November 30.

Little Sister has found a new home where Rosecrans and Sepulveda meet in El Segundo, a building that is currently occupied by Superba Food and Bread, at 830 S Sepulveda Blvd in Suite 100 — for now, at least.

Owner and Chef Tin Vuong confirmed with What Now Los Angeles (WNLA) that the opening will be happening — hopefully — in January 2021. Vuong joked about an opening of August 2020 that had come and gone, but with COVID looming over the restaurant and hospitality industry, some plans aren’t guaranteed.

While Vuong is busy prepping for Little Sister’s new opening, his rep had plenty to say about the restaurant. Such as the concept, which is fully and authentically Vietnamese, she told WNLA. The “vibe,” on the other hand, is very American.

Vuong was born in Vietnam but moved to Los Angeles at a young age, where he got super into the local punk and hip-hop scene. Little Sister’s decorations feature a cement mosaic of hand-painted tile with graffiti artists gracing it with the message of conflict and Vietnam “becoming something new” — like a hand grenade exploding into butterflies and booths with helicopters printed onto them. In lieu of regular restaurant ambiance, expect “hardcore,” uncensored hip hop served with your meal.

“He’s just this LA guy, through and through,” the rep said. “He just loves it. That’s his heart and soul.”

After going to culinary school — where he dabbled into French cuisine for a bit — Vuong opened his first restaurant, Abigaile, in 2007. According to the rep, this is the first time anyone’s done a full global menu in a modern way. Little Sister is “Abigaile’s little sister,” and it takes its existing concept to the next level. They want to parallel traditional Asian food, steeped in French cuisine based on Tin’s training as a chef, plus the American colonization of Vietnam. The food is traditional, yet modernized with multi-cultural inspirations, but Vuong’s spokesperson emphasized that it’s not fusion.

During this time of uncertainty, Vuong said that “it really depends on how we all control COVID” and that “if it hits 50 percent dine-in, that would be a good start.” When Little Sister opens at the beginning of next year, expect an array of Southeast Asian dishes– a contrast from Superba Food and Bread’s bakery setting, which is said to close its doors on November 30th. Several Little Sisters have opened in Manhattan Beach, downtown LA, Redondo Beach, along with another spin-off restaurant called LSXO — a more intimate “restaurant within a restaurant” setting with smaller, “more intense” dishes. LSXO has a hidden-door speakeasy function inside of Tin’s own Bluegold at 21016 CA-1 D200.

The Little Sister’s website lists a “coming soon” beneath the El Segundo address, as well as an Irvine Spectrum location at 896 Spectrum Center Drive. Currently, the Redondo Beach location is the only one open, with updated patio seating compliant with the novel coronavirus restrictions.

Kasey Fox is a passionate writer with origins and aspirations in creative writing who has found a new voice in the exciting world of entertainment reporting. Having worked for Screen Rant, International Business Times, and The Blast, he also has backgrounds in SEO, social media marketing, and the art of entertainment itself. In his free time, Kasey hosts several podcasts on his comedy YouTube page as well as writing feature-length screenplays, of which he's achieved semi-finalist status at the Austin Film Festival's screenwriting program. 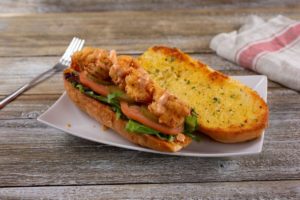 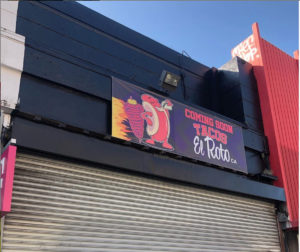 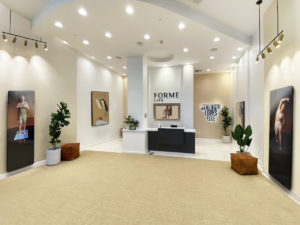 A trademark filing for Hijo De Planta hints at Mexican cuisine, which differs from The Whisperer's small bites menu